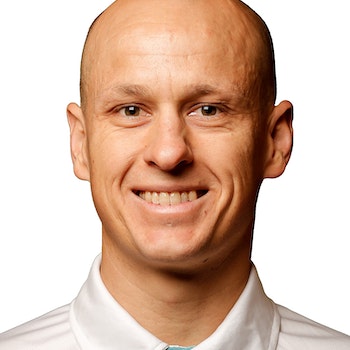 Currently ranked world number three, at the age of 15, Jonathan was diagnosed with Usher Syndrome Type II, presenting him with moderate hearing loss, no peripheral vision and night-blindness. Today, Jonathan competes in the PT5 Visually-Impaired category in Paratriathlon. He has been selected as a member of Triathlon Australia’s High Performance ‘Winning-Edge’ Squad, having achieved the Australian National Paratriathlon Champion medal (2013, 2014, 2015, 2016, 2017) and the Oceanic Paratriathlon Champion medal (2014, 2015, 2016, 2017).

Having completed his Bachelor in Sport & Exercise science at the University of Canberra, he holds a heavy schedule of local and international races for the future. Jonathan is particularly focused with encouraging disabled youth to realise their potential.

DO YOU REMEMBER YOUR FAVORITE SUNSET? Friend and fellow Usher Syndrome ambassador, and… instagram.com/p/BQCcqs1gzQg/
Are you a 'fan' of the Wahoo Kickr too? I recently made the decision to put my safety first,… instagram.com/p/BPOd-eDAOPx/
#sportsnight @jamesbracey highlight is the Ausssie Rio Paralympics success