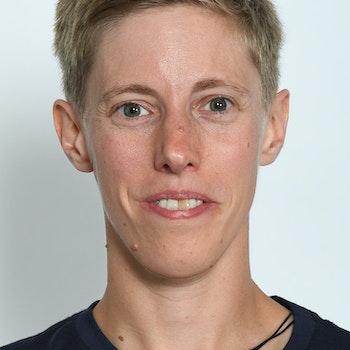 Fran is currently ranked number six in the world and is a physiotherapist by day and para triathlete every other spare moment.  Fran is an incomplete tetraplegic, having suffered a spinal cord injury leaving her with weakness in her legs and limited hand function.

Fran caught the triathlon bug in 2013 and pursued it as a means of cross training whilst competing internationally as a para-climber. She started off with a handcycle and racing wheelchair but progressed to riding a normal bike with leg braces which she now runs with as well.

Despite all of this, Fran competes mostly in able-bodied events and won the PT2 class at the British Triathlon Championships at Tri Liverpool in 2016. She’s participated in various other sprint distance events, including the Isoman Half (5.2km swim, 50km bike, 21.1km run).

It’s clear that Fran has big dreams and a strong future, with her ultimate goal to represent her country at the 2020 Tokyo Paralympics and back in February made the first steps towards this, receiving her invitation to attend a #Tri4Tokyo Talent ID Camp, which has only spurred her on to getting her place on Team GB. 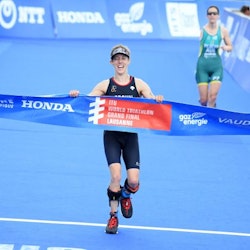