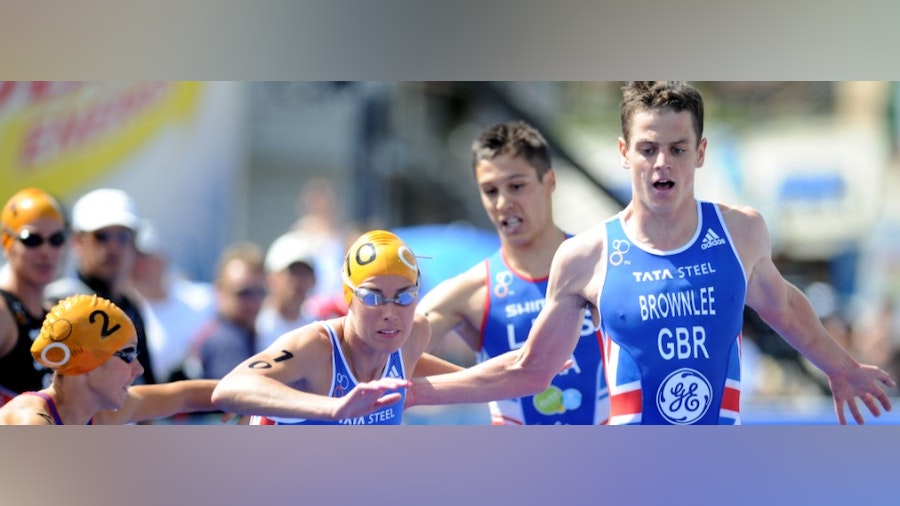 While individuals will be chasing important world ranking points, a world championship will also be decided in Stockholm in the ITU Triathlon Mixed Relay World Championships. With numerous lead changes, an abundance of action on the course, and unabashed team pride, this event can’t be missed.

Participating National Federations will select two women and men to compete in order of female-male-female-male. Each athlete will complete a 300m swim, 6km bike and 2km run. After each athlete finishes his or her swim-bike-run segment he or she will tag the next athlete in the relay to make the exchange.

While relay names have not yet been released, 20 NOCs are slated to appear in the fast and furious race, with Australia, Brazil, Germany, and Great Britain having entered two relays each. Great Britain will defend its world title without the services of Alistair Brownlee and Helen Jenkins.  They will be challenged by Switzerland, Germany and France who should be strong contenders for the top of the podium.

The mixed relay race will be held on Sunday 26 August at 2:45 pm. Follow all the events live through with timing and text updates, at triathlonlive.tv. You can also follow along on Twitter at twitter.com/triathlonlive.

“It will be fun to do the team relay on Sunday,” said Brownlee. “It’s really exciting that team relays could be included in the Olympic Games in 2016. After seeing the huge crowds in Hyde Park, I am sure this event would be massively popular with spectators in Rio.”

ITU is bidding to get Triathlon Mixed Relay into the Olympic Games programme. The format made its major games debut at the inaugural Singapore 2010 Youth Olympic Games, and will also be part of the Incheon 2014 Asian Games as well as the 2014 Glasgow Commonwealth Games.