Australia’s Emma Jackson enlisted the help of her killer run to claim her first ITU World Cup victory in Tongyeong on Saturday, with a 10km split that was 47 seconds faster than anyone else in the field.

Jackson was part of a seven-strong breakaway on the 40km bike leg that added time to the chase on each of the five laps. That group took almost a two-minute lead leaving T2 meaning that the medals were almost certainly in it. But after the first lap it was clear that it was Jackson’s race, as she pulled 25 seconds ahead of Vendula Frintova (CZE). Jackson ended-up claiming victory by a huge margin of one minute and 28 seconds, in a total time of 2 hours, 2 minutes and 49 seconds.

“I’m very happy to have my first World Cup win, I just wanted to come to Tongyeong and execute a really good race and I was hoping for a win,” Jackson said. “I didn’t have a great start to the season so I’m really happy with the way my season ended and to end it with a win.”

Jackson’s other podium in 2013 came in Kitzbuehel and she said the addition of the hill on the Tongyeong run course had played to her advantage.

“It was a bit of a difference, but it kind of reminded me of Kitzbuehel a bit and I really enjoyed it.”

Behind her Frintova claimed silver, her second World Cup podium place after her 2010 Mooloolaba win.

“It’s great to finish the season on the podium,” Frintova said. “I knew if I wanted to make the podium, that was the only option so I worked really hard in the swim and then we worked really hard with the Kiwis and the Aussies on the bike and we pushed through. I knew that Emma would be at another level on the run, but I’m still really pleased to finish second.”

While Australia’s Natalie Van Coevorden picked up her first ITU World Cup medal with bronze, overcoming a 15-second penalty during the race.

“I’m pretty happy, finally a breakaway on the bike paid off,” Van Coevorden said. “I was a bit worried when I had a 15-second penalty but it all worked out well.”

Earlier in the race, Hungary’s Margit Vanek led the pack after the first lap of the swim, with similarly strong swimmer Gaia Peron close behind. But it was Jackson who made waves in the second lap, catching Vanek and putting herself in first place leaving T1.

“I was really happy with my swim today, I came out with the first, or second out of the water, it was a great start and just continued on from there,” Jackson said.

A group of seven pulled away from the field on the first lap of the bike holding almost a minute over the nearest chasers. The group which included Frintova, Jackson, Van Coevorden, Rebecca Clarke, Alessia Orla and Peron.

While a chase group led by current Under23 World Champion Charlotte McShane, Tamsyn Moana-Veale, Maria Czesnik and Grace Musgrove tried hard to pull time back, they couldn’t and leaving T2 the leading group of seven had almost two minutes on the rest of the field.

From there, Jackson was never headed on her way to her first ITU World Cup win, adding her name to a long list of Australian winners. 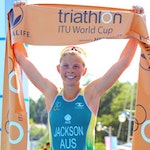 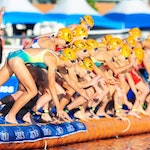 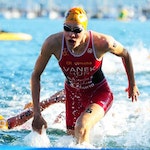 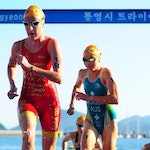 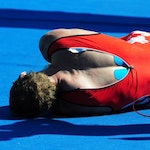 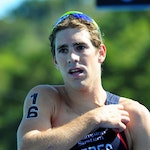 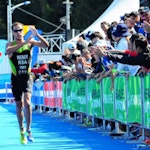 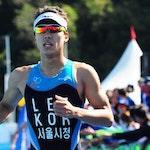 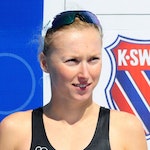 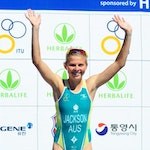 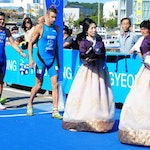 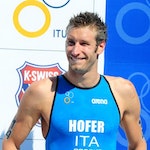 Two weeks of voting will come to a close on Friday 16 April as World Triathlon’s…
Wednesday 14 April marks 100 days until the opening ceremony of the Tokyo…
After racing with team Australia for many years, Kenji…
more news →