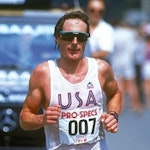 Mark Allen (born January 12, 1958 in Glendale, California) is an American Triathlete who won the sport’s inaugural ITU World Championships in 1989 in Avignon, France. However, longer distances were his speciality, becoming only the second six-time Ironman Triathon World Champion.

Allen graduated from UC San Diego, where he was an All-American swimmer, with a degree in biology. After competing and losing in the Ironman Triathlon Championships six times (often to Dave Scott), Allen emerged victorious in 1989, winning one of the most difficult one-day sporting events in the world. It would be the first of six Ironman victories for Allen, the last coming in 1995 at age 37. From 1988-1990 he put together a winning streak of 20 races.

Over the course of his racing career, which ended in 1996, he maintained a 90% average in top-three finishes. He was named Triathlete of the Year six times by Triathlete magazine, and in 1997 ‘Outside’ magazine tabbed him The World’s Fittest Man. 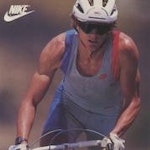 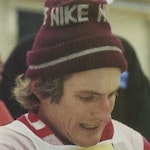 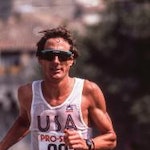 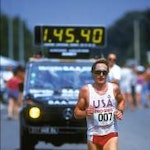 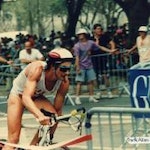 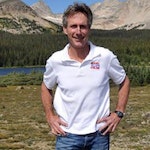