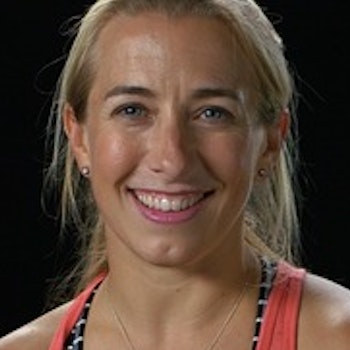 Due to proximal femoral focal deficiency at birth and a bone growth disorder, Sarah eventually had an above-the-knee amputation at age seven. After her leg amputation, she became interested in running after seeing a runner with a similar prosthetic leg in a local race. At age 11 she entered a race against other children with amputations, and won. This was a defining moment for her, as she realised she could become an athlete.

Sarah stepped onto the world stage after making sports history in one of the toughest endurance events in the world, the Hawaii Ironman. Sarah has a number of accomplishments, including being the first female to finish the Ironman Triathlon competition in Kona, HI, United States in 2005. She was also the first female with an above-the-knee amputation to finish the 10km Great Wall of China race, which she completed in 2011. Sarah uses yoga and meditation to ensure longevity and to stretch and strengthen muscles she isn’t paying attention to in her normal training routine.

In 2009 with the aid of an author she wrote her own biography titled ‘In a Single Bound’, detailing her journey from amputation at age seven through to success in Paralympic, Ironman, and marathon competitions. She described writing the book as “emotionally liberating”.

When Sarah is not completing or training, she serves as a spokesperson for Ossur, one of the world’s largest prosthetic equipment manufacturers, and for the Challenged Athletes Foundation [CAF], a non-profit organisation. She also works as a motivational speaker, sharing her story to motivate others to realise their potential.

Sarah’s philosophy is “I can’t imagine my life without running. I don’t think I’ll stop until my heart does. I run because I’m still making up for all those childhood years of play that I missed out on. I run because I want to use the body that I was given, whatever its imperfections. I run to stay off the side-lines and in the race. Quite simply, I run because I can.” 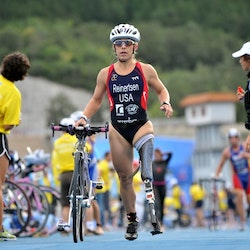 Flashback Friday! ⚡️ ⚡️ To my first relay run in 1990-something on Long Island NY. We had an all amputee running… twitter.com/i/web/status/1…
RT @Furthermore: Paratriathlete @AlwaysTri talks race-day strategies, musical mantras, and more. bit.ly/2SE8I7m
Proud to be working with @ÖssurCorp to help everyone pursue a #LifeWithoutLimitations !! 💫 * * * * *… twitter.com/i/web/status/1…
http://alwaystri.com