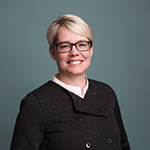 Ria has a sporting background with qualifications at district level in swimming and orientation.
She has a degree in media and mass communication from the University of Gothenburg and civil works at Volvo Car Corporation.

#WorldHealthDay we pay tribute to the doctors, nurses, healthcare workers and volunteers fighting this pandemic. We… twitter.com/i/web/status/1…
19 hours ago