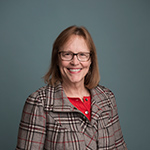 As Secretary General, 2012-2016, I worked with the ITU President, Executive Board, Director General and staff to:
 Ensure the goals of the 2013-17 ITU Strategic Plan will be delivered.
 Focus on Olympic Programme status of 25 core sports with a top 10 rank, plus a new disciplines.
 Conduct an external review to drive strategic planning and organisation structure.
 Create a reporting mechanism to track strategic planning and connect to the budget.

Also, I collaborated with the ITU President, Executive Board and Director General to guarantee the balance between the global commercialisation of the sport and the primary role of an IF (governing the sport).

As Secretary General, I also worked to:
 Ensure staging quality events was the major function of every member national federation.
 Collaborate with ITU member national and continental federations to ensure an evolution towards best practice in all areas of development: events; coaching and athletes; governance.
 Effectively use ITU resources, beyond money, to reach our potential as a governing IF, in all countries.
 Support ways to manage a decentralized office structure in a sustainable, yet effective manner.
 Help to fuel the passion of the staff by ensuring lifelong learning and exploring new trends in management and operations.

Millisecond between gold and silver in a sprint finish? Or days left until something extraordinary? Triathlon comm… twitter.com/i/web/status/1…
19 hours ago